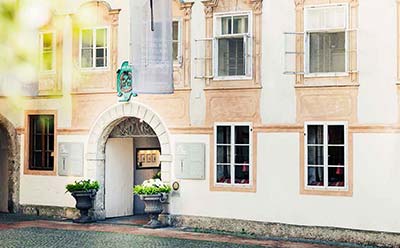 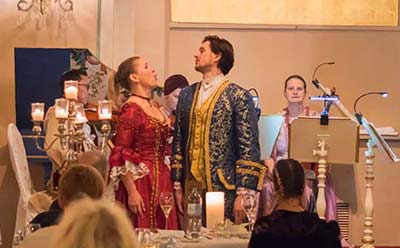 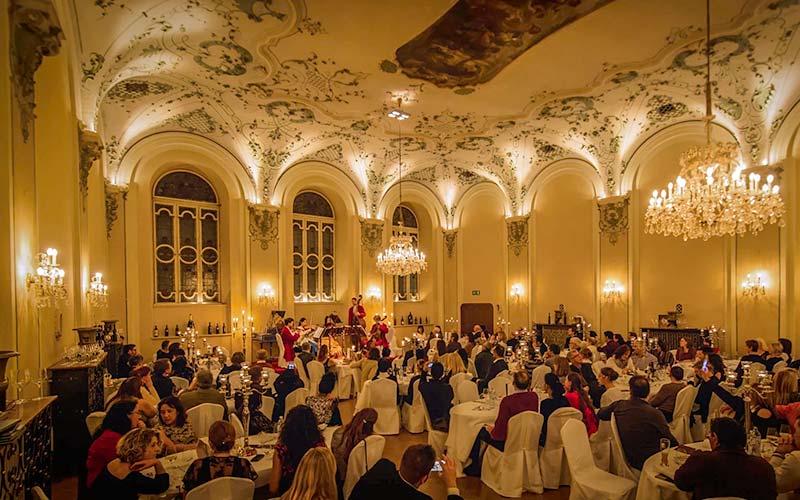 It was built by St. Rupert around 696. Findings under the altar's church date back to the fifth century and indicate that there was a church bulding during the days of Severinus of Noricum. It is likely that a small monastic community was present and was expanded by St. Rupert. Until 987 the office of Salzburg's Archbishop was linked to that of the abbot, the two were always held by one man. St. Peter's remained the Archbishop's residence until 1110.

In the Middle Ages, the St. Peter's monastery was known for it's writing school. It is also the mother convent of the Benedictine Abbey Admont in Styria. In the 15th century, the abbey adopted the Melk Reforms. In 1622, Archbishop Paris of Lodron built the Benedictine University of Salzburg, which was closely connected to the monastery until its dissolution in 1810.

The Stiftskulinarium St. Peter is one of the oldest restaurants in Europe. The inn was first mentioned in 803 on the occasion of Emperor Charlemagne's visit. Wolfgang Amadeus Mozart's sister Nannerl, wrote in her diary in 1786 that the family met here for dinner. The composer Michael Haydn lived and played in the "Haydn Room" located right next to the Baroque Hall. Some of Haydn's works have premiered in the Baroque Hall.

The Baroque Hall of the St. Peter's Stiftskulinarium is one of the few Salzburg concert rooms where real candlelight is still permitted.

The Baroque Hall is located up on the first floor of the restaurant (unfortunately there is no elevator). People in wheelchairs can be carried up by the employees on site (this does not apply to electric, heavy wheelchairs). We kindly ask you to let us know while reserving your tickets and to arrive no later than 6:30pm.

How to get to St. Peter Stiftskulinarium

From most places and hotels in Salzburg's old town, you can reach the St. Peter Stiftskulinarium in a few minutes on foot. Closest to the venue are the bus stops "Herbert-von-Karajan-Platz" and "Zentrum Rathaus" which are served by several bus lines. The venue is only a short walking distance away.

Like most old towns in Austria, Salzburg is not car-friendly and offers a limited amount of parking spaces. The easiest and nearest place to park is the parking garage in Mönchsberg-Altstadtgarage B. The driveway's address is: Neutorstraße/Hildmannsplatz 1. Take the garage exit Toscaninihof, then turn to the right and cross St. Peter’s inner courtyard. There is a reduced fee for concert visitors, please show your garage ticket at the box office.

Taxis are a reliable and common means to get to your concert. Taxis are usually found at train stations and at taxi stands all over the city. Or you can order a taxi by calling +43 662 8111.

Historical Dinner and an authentic concert at Stiftskeller St. Peter